If you still have questions or prefer to get help directly from an agent, please submit a request. We’ll get back to you as soon as possible.

MM partners with family farmers to preserve surplus produce at the height of harvest through our two brands MM Colorado and MM Pacific Northwest. Their production model helps prevent food from going to waste and helps local farmers grow.

Even with retail sales booming at 95% year-over-year and having already done over $1MM(Local) in product sales last year, the demand for their products was outstripping the available inventory. MM Local's First Co-Op was to crowd-finance the production of an additional 10,000 units of MM Colorado Sriracha sauce.

MM Local came back for a Second Co-Op to fund a Live-Fermented product line as well as MM Pacific NW fruit spreads for Whole Foods in the Pacific Northwest. Having built credibility among the Kickfurther community through their first completed Co-Op, they funded production for another purchase order. 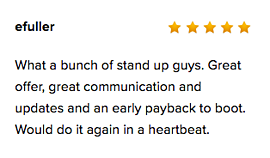 Having a completed opportunity on Kickfurther generally allows a business to raise more capital at a lower cost. One of the best practices on the site is to under promise, over deliver. MM Local utilized the crowd-financing platform initially to leverage future financing which would launch after completing their first opportunity. While the minimum production run cost for MM well Local over the $21k of their first raise,  they saw the value in              Backer review after completing first offer  MM Local saw the value in making friends.

2. Help In Your Supporters 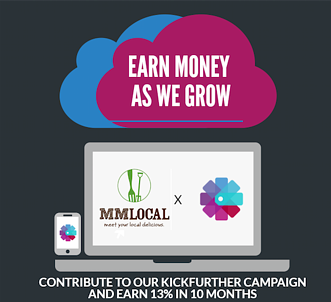 MM Local decided to show the appreciation of their supporters by allowing them to earn money rather than the bank making money off of their success.

They’ve now got a bond stronger than just purchasing goods. The customer has a vested interest in your business. It’s engagement with your fans and supporters that you just can’t measure.

Sharing the Kickfurther campaign can create a frenzy of exposure. Customers often share their excitement in working with the brand as well as promoting on their own. MM Local used social media to spread the word and get others talking. Engaging with those who shared their opportunity once again strengthened their bond with their customers and fans. 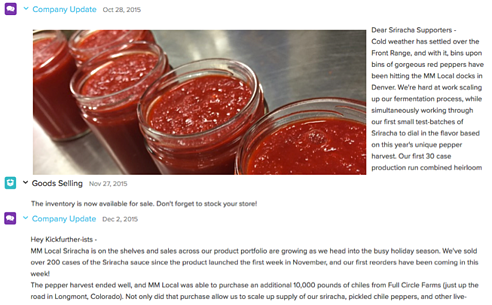 Communication is key. The Kickfurther community loves being updated when the status changes such as, goods landed, selling or a payback initiated. By using the Kickfurther platform to begin dialogue with their contributors, MM Local established themselves as a trustworthy brand which greatly helped in funding their second crowd-finance opportunity.

To create an opportunity, simply sign up and enter some basic information about your company. After creating and submitting, your crowd-financing project will be listed as an upcoming business so you can start to build buzz around your campaign. Feel free to reach out with questions anytime. Contact@kickfuther.com.